This first appeared on The Writing of a Wisoker on the Loose in May 2009.

I remember a day when I was browsing the library — I think I was probably around ten to twelve years old at the time* — and decided that the kid’s section was boring because I’d already read most of the books there. So I wandered over to the “adult” section, prompting many strange looks from people around me (and a frantic search by my mother when she couldn’t find me where I was supposed to be), and started pulling down books like the AKC Breed Guide and the full version of “Kidnapped” by Robert Louis Stevenson.

I’ll freely admit much of what was in those books mystified me, and I pestered adults to explain words I didn’t know until they finally shoved a dictionary at me and told me to go away. In retrospect, that may have been a mistake, as I don’t think I ever went back to the kid’s section after being given that magical key. . .

One of my favorite books was a great big hardcover with a brightly illustrated cover — I remember lots of orange in the design — containing stories of Norse mythology. I fell into the world of Odin and Freya, Loki and the Rainbow Bridge; I must have read that book a dozen times. Books of folktale and mythology are still my favorite reading; I’ve reviewed a couple, but many, many more line my shelves and are an indispensable part of my writing research.

A few of my favorite titles:

And of course, the one that started it all . . . D’Aulaires’ Book of Greek Myths!

*Note: Certain people, reading this, have made comments along the lines of: ten years old, hell! You were reading adult stuff and even playing chess by the time you were eight . . . which I don’t think is quite true. I will admit to shocking my sixth grade French teacher by commenting, on seeing a copy of Jean Auel’s Valley of Horses on her desk, that I had enjoyed reading the book but found all the sex scenes a bit boring . . . I think what bothered her the most was that I was flunking her class at the time, and barely made it out with a “D” at the end of the year . . . A later attempt at learning French in high school failed almost as miserably. Apparently, I can make up languages, I just can’t learn real ones . . . .

[EDIT 11/25/15: Since I had to rebuild the site, the original comments left on this post are reproduced below. Please do feel free to continue the conversation!:

Dewey 398.2, man. I lived there until I read everything they had…

Also, for a more synthetic view, if you like to tease out the common threads:

The Golden Bough/James Frazier. Not all of his ideas are currently fashionable, but many of them are startling and wonderful.

The Hero With a Thousand Faces/Joseph Campbell. The grandfather of all mythological studies.

I have friends who swear by Mircea Eliade’s work in this area, but haven’t gotten there yet myself.] 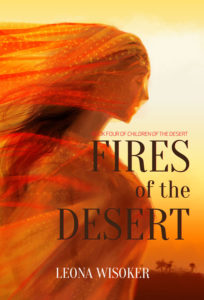